I can’t really say I can pin point exactly when I started collecting Pokemon. I was only seven years old when Pokemon was released in Australia, back in late 1998. My oldest memory was days out with dad. We all got $20 each for the day to spend as we did various activities. First stop was usually the brickworks (not the fake one we have now). I still remember where the card pop up store was. Back against the back wall, to the right, next to the little cheap shop ‘Variety’. Two packs of Pokemon cards pleassseeeee! 10 minutes into our day, done. As my siblings got older they saved their money for other things, clothes, CDs, but there I was Sunday morning ready to get my Pokemon Cards.

As life goes on and teenage years begin, Pokemon faded out but not completely, I still couldn’t dare to part with any of my old Pokemon cards, or figures no matter how scuffed or incomplete they were.

Every year as a new Pokemon game came out, I always got it and stayed up to date with most Pokemon related things. A little game and console here or there but nothing over a shelf worth.

I really got into Xbox 360, the limited edition controllers caught my fancy, really anything with limited edition does now. Then I got a few retro consoles to bring back those childhood memories.

Valentine’s Day 2015 my partner got me a complete in box Zelda Nintendo 64 game. Well I fell in love. A magnificent game that’s so old but looks brand new, I was stunned. Then I started off with all the Pokemon Nintendo 64 games.

It’s safe to say it didn’t take me to long to find the rest of the N64 games that I liked. So there I was waiting for my next challenge.

July 2016 is when the ‘Pokemon Room’ was born. My partner and I bought our own house and we both agreed to put all my pokemon bits and pieces in one room, ‘let’s keep it contained’ ha, that worked out well.

Just over a year later October 2017 and the Pokemon Room is already starting to look like a collection. The deeper I dug into the Pokemon World, the more amazing rare and old Pokemon items I would find. I love the original items. Anything English 1998 or even Japanese 1996 I’m in.

Now lets fast forward to October 2019. A trip to Japan has past and my dad went on holiday to the US and brought me a whole suitcase full of Pokémon items, so it’s safe to say the Pokemon collection really boomed that year. I had to put up more cabinets and shelves, every nook and cranny was now filled.

My biggest problem now is ‘Where do I put it?’ So I am pretty selective of the items I add to the collection.

One day I would love to have the Guinness World Record for the biggest Pokemon collection, however the current world record is held at 17,000 items, so it’s definitely going to be a challenge. So I’m aiming for the largest Pokémon collection in Australia.

So follow along on my journey and see some cool stuff, you may find something you want 😀 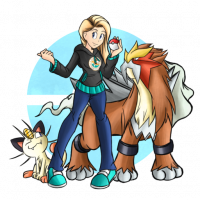